Forest management is for the birds (and many other wildlife) 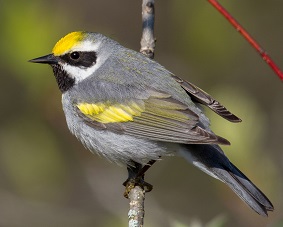 This month American Wildlife Conservation Partners (representing the country’s top 50 hunting conservation organizations) released a report recommending specific actions that can be taken to improve wildlife conservation and management in the United States. Their Wildlife for the 21st Century: Volume VI can be found here.

Among the recommendations is the need to increase active forest management on federal lands, including providing alternatives to costly forest litigation that commonly stall important projects, including those that create young and mixed-age forest habitat.

Active management is necessary to create and maintain diverse forests, especially as public lands become older, less diverse and unsuitable for a variety of wildlife species.

Young forest habitat is characterized by few or no mature trees, and includes a diverse mix of shrubs or tree seedlings and saplings, along with openings where grasses and wildflowers grow.

In the Northeastern U.S., for example, it’s estimated at least 89 birds, mammals, and reptiles have fallen significantly over the past century because of an ongoing decline in this kind of habitat.  Two-thirds of young forest bird species experienced significant population declines between 1966 and 2010.  In the past, natural disturbances created enough young forest for these species to thrive. Today initiatives such as the Young Forest Project see logging as a tool to produce the new and regrowing forests these species need to survive.

Efforts to improve forest habitat have met resistance in places like New Jersey, where the state’s wildlife agency teamed with conservation groups on a series of treatments- including selective harvesting and clearcuts- to increase forest diversity on the Sparta Mountain Wildlife Management Area.

In the face of rancorous protests, forest treatments have been implemented, and this work was recently vindicated when a rare golden-winged warbler was seen, and later confirmed, on a forest that was managed six years ago. The warbler hadn’t been seen in the Highlands of New Jersey in quite some time, and is considered an umbrella species for other birds with similar needs.

Expanding opportunities for science-based, active forest management not only supports our communities and promotes forest resiliency, it can provide a range of forest types to support all kinds of wildlife species into the future.

Forest management is for the birds (and many other wildlife)