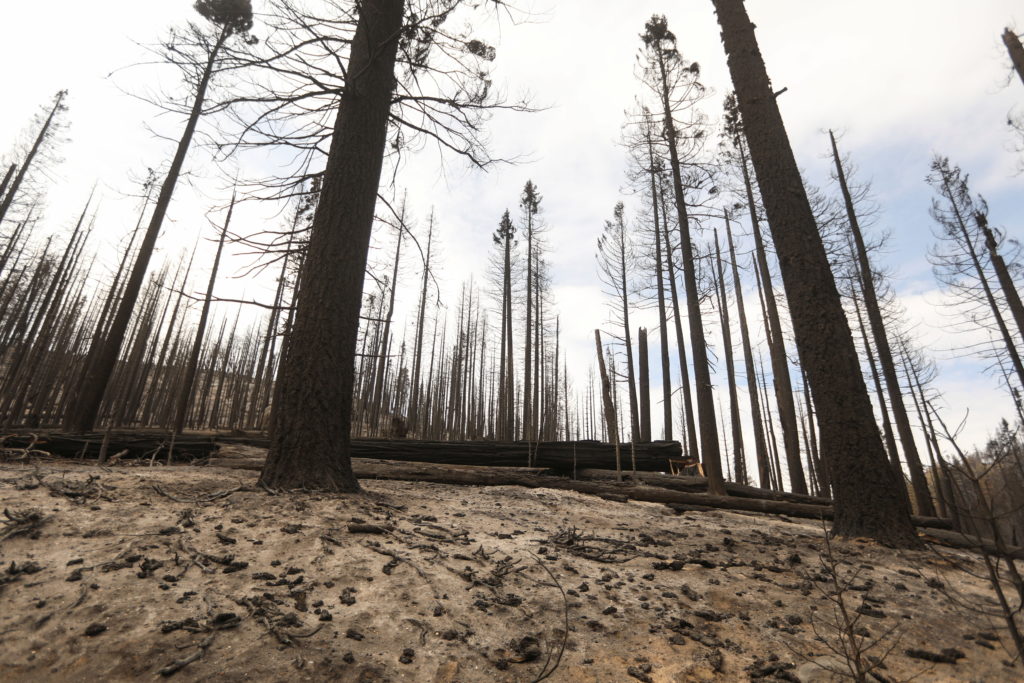 I spent my career fighting fires in western Oregon. But you don’t have to be a professional firefighter to see the growing threat of wildfire to human lives, property and our environment. I am concerned the massive accumulation of dead trees left to rot on federal lands after fires will make future fires harder to fight. And even more concerned that very little is being done to solve this issue in advance of the next fire that will occur in these snag infested areas!

The U.S. Forest Service agreed to settle a lawsuit brought by environmental groups to limit the removal of dead and dying trees on the Willamette National Forest following the 2020 Labor Day Fires. The litigants will also receive $115,000 in attorney’s fees as part of the settlement. The public should understand the lack of post-fire treatment on federal lands will compromise the safety and effectiveness of future firefighting operations, especially as the resulting snags fuel the next big wildfire.

Firefighters are often criticized for failing to attack fires before they burn out of control. However, hazardous conditions often make it impossible for firefighters to safely access and attack fires on the ground. Such conditions typically include the presence of snags that pose a variety of risks based on age, species and distribution. They can cause death and serious injury when they fall, as well as damage roads and buildings, and host insects and disease that increase their flammability.

Due to this flammability, unsalvaged snags can greatly increase the heat and severity of a fire. This makes attempts to manage or extinguish a fire much more dangerous than if they had removed the dead tree during a post-fire salvage operation. Put yourself in the place of a firefighter working on a fire with dead snags looming around you! How safe would you feel? It is frustrating when you know the fire would be easier to control and extinguish if only the federal land managers would be allowed and directed, to remove the dangerous snags quickly after a fire occurs. Then after the snags are removed, replant a new forest for the future for all of us to enjoy!

The Willamette National Forest acknowledged the impact of leaving dead trees to future firefighting in their analysis after the 2020 fires: “working in areas with substantial snag hazards will impact suppression effectiveness and could prevent direct attack strategies due to the risks to firefighter safety.”

Snags can be hazardous at any age. When ignited, a snag can shower burning embers and limbs on anyone working nearby. These snags can accelerate the fire and frequently create spot fires in advance of the main body of the fire. As snags age, the dangers persist and the dead tree becomes weaker and brush begins to grow, creating a brush field with snags, a dangerous combination of flammable fuels. Some computer models suggest these risks can persist for decades if land managers choose not to proactively manage the forest to reduce severe fire risks or remove these dead trees after a fire.

An abundance of dead snags also creates a vicious cycle of severe reburns that perpetuate the destruction to our forests, wildlife and communities. There are many documented examples of catastrophic reburns when snags are left in place. For example, southwest Oregon’s unmanaged Kalmiopsis Wilderness has hosted numerous major reburns that demonstrate how fires can burn larger and hotter each time the landscape is left untreated within the burn scar.

Following the 2020 Labor Day wildfires, many private forestland owners in western Oregon acted quickly to remove dead and dying trees to maintain access and begin the reforestation process. This prompt action ensures firefighters will be able to safely attack the next fire on these private lands as soon as it ignites.

Unfortunately, due to the threat of litigation, federal agencies conducted area salvage on only a fraction of the acres that were burned following the 2020 Labor Day Fires. In the few places where these agencies chose to salvage dead timber and remove roadside hazard trees, they were often met with lawsuits and obstruction. As a result, our federal lands are choked with snags that will pose hazards to firefighters, forest contractors and the recreating public. These snags will also contribute to large wildfires, dangerous and harmful smoke and, sadly, needless losses of lives and property.

Melvin Thornton is the former district manager (2000-2017) of the Douglas Forest Protective Association and an active member of Communities for Healthy Forests.