The following is an informational release from the Klamath National Forest and Cal Fire.

In the afternoon of July 18, 2020, two fires were reported within the California Department of Forestry and Fire Protection (CAL FIRE) Siskiyou Unit’s direct fire protection area in the area of Hawkinsville/Humbug, just north of Yreka, California. Weather conditions were very hot and dry, with temperatures around 100° F and humidity in the teens. Fuels in the area had been affected by extreme drought following an exceptionally dry winter.

The two fires, named the Humbug and the Badger, were burning in steep rugged terrain–primarily in brush with areas of mixed conifer and oak stands. Fire behavior was extreme in the timber and brush, producing significant spotting and hampering suppression efforts. Aggressive initial attack efforts using ground and aerial resources from multiple agencies secured the Humbug Fire, but the Badger Fire continued to create challenges for firefighters. As the sun began to set, the two fires merged into one – the Badger Fire. That evening, diurnal winds shifted and the fire began to spread downslope, triggering evacuations of Hawkinsville and other residential areas on the outskirts of Yreka. The Badger Fire was estimated at 350 acres by the end of the first day, occupying multiple jurisdictions.

As the Badger fire spread, it moved into an area of reduced fuels that had been completed as part of the Craggy Vegetation Management Project. The Craggy Project, as it is known, was developed collaboratively by the Klamath National Forest (KNF), CAL FIRE Siskiyou Unit, and the Yreka Area Firesafe Council. When the fire moved out of the untreated fuels and into the treated project area, the fire behavior decreased. Cheveyo Munk, an operator for KNF’s Dozer 1, reported that using the features created by the Craggy Project was a ‘no-brainer’ when deciding where to put dozer line on the Badger Fire, and that it played a key role in keeping fire out of the community of Hawkinsville and the greater Yreka area. The fire ultimately grew to 557 acres and was declared fully contained on July 28, 2020.

“The Craggy Project is an example of why fuel reduction is important to an overall fire protection strategy,” said Phillip Anzo, CAL FIRE Siskiyou Unit Chief. “This project was collaboratively planned by multiple agencies and demonstrates the need for more landscape level fuel reduction projects in the future.”

The Craggy Project was designed at the landscape level to reduce the threat of wildfire to Yreka and surrounding communities while improving the general landscape’s resilience to the effects of fire. The 11,300-acre Craggy Project employs mastication, hand thinning and piling, timber sales and prescribed understory burning to reduce ladder, canopy and surface fuels at strategic locations for use during wildfire situations. 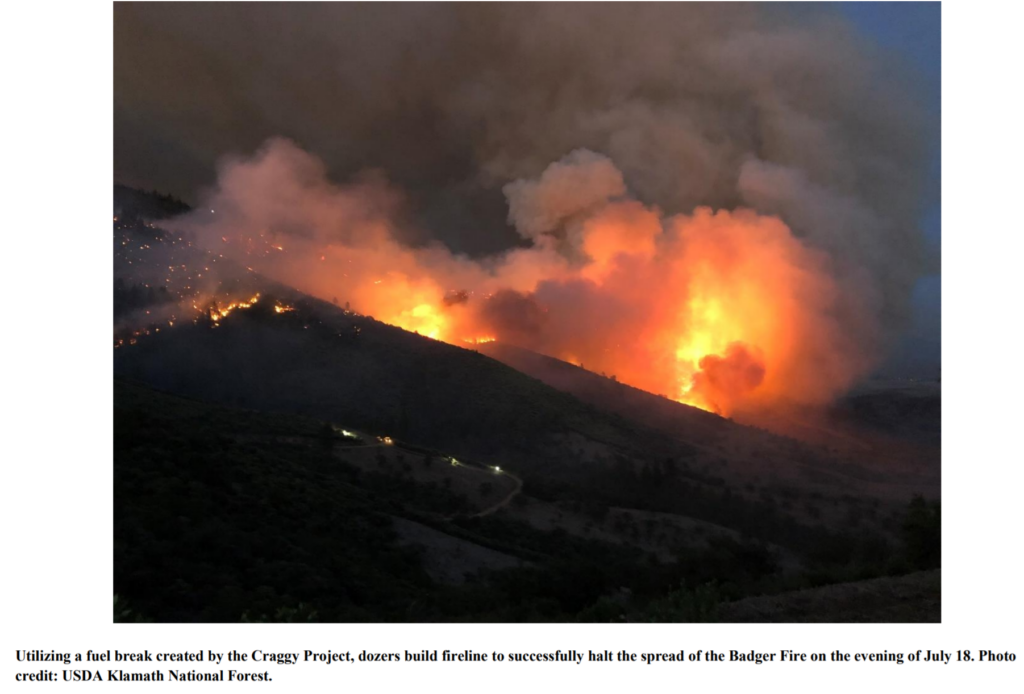 “Wildfire does not recognize boundaries,” said Kris Sexton, Klamath Deputy Forest Supervisor. “We must approach our project planning in the same manner, with agencies coming together across boundaries to do what makes sense, where it makes sense for the protection of our communities.” 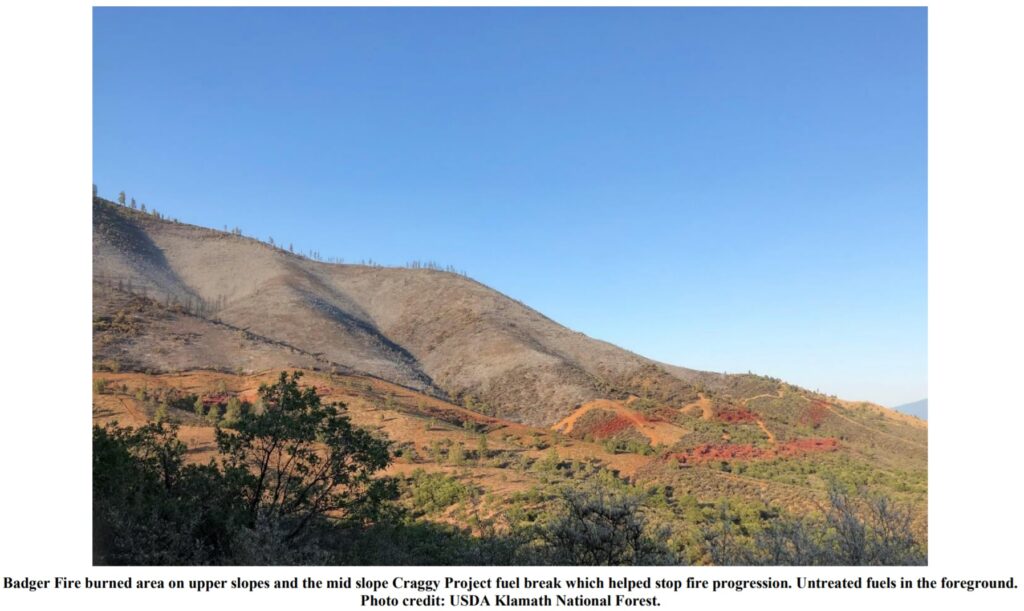