Severe fires are taking a toll on our forests, wildlife 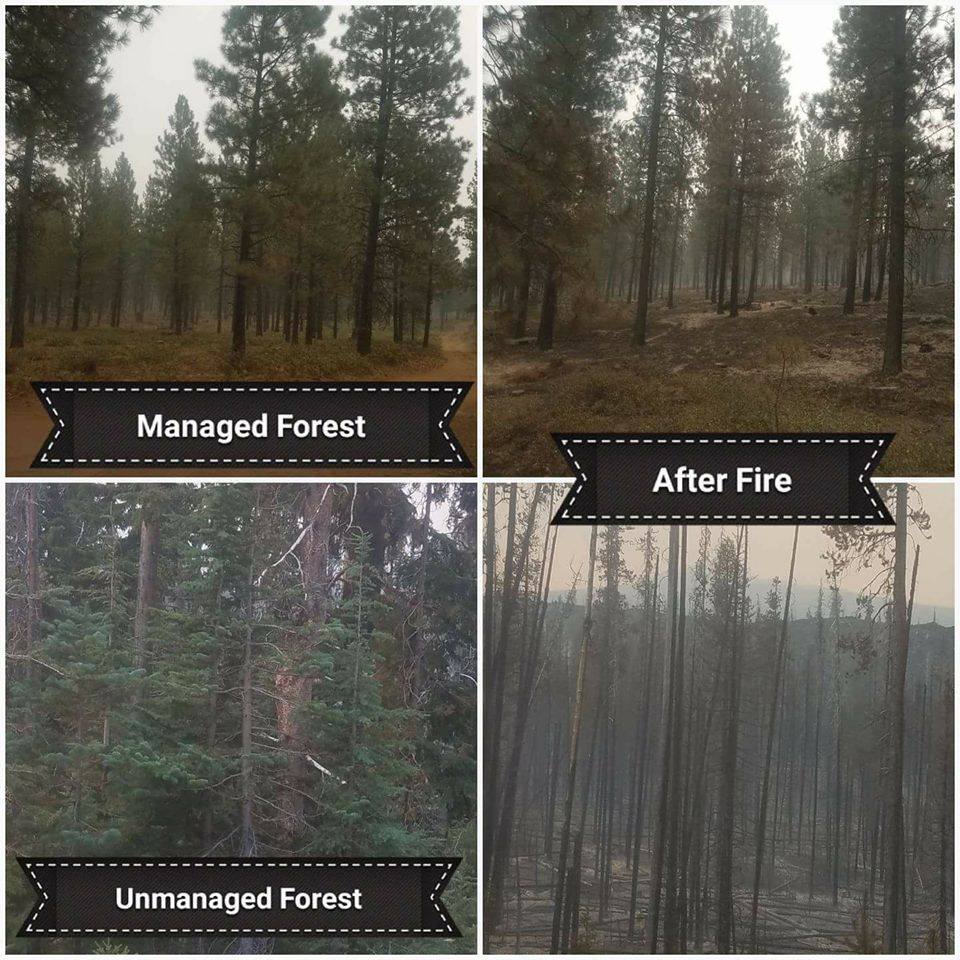 Annual land area burned by severe wildfires in the western United States has grown eight times larger in less than four decades. Roughly 210,000 acres burned in 2017, up from 26,000 acres in 1985, in high severity fires that kill more than 95 percent of trees in their path, according to a new study by the U.S. Forest Service Rocky Mountain Research Station.

Researchers warn higher temperatures and drier conditions are threatening “irreparable forest loss.”  “As more area burns at high severity, the likelihood of conversion to different forest types or even to non-forest increases,” said study’s lead author. “At the same time, the post-fire climate is making it increasingly difficult for seedlings to establish and survive, further reducing the potential for forests to return to their pre-fire condition.”

As we’ve noted time and again, we have also seen a decline in forest management on federally-owned lands across the West. As timber harvests on national forests have been reduced, average annual net growth (calculated as gross growth minus mortality) has declined. Meanwhile, average annual mortality has nearly doubled from 2006-2016. These patterns reflect aging forests and combinations of wildfire, drought, and insect infestations.

Yet another recent study suggests severe wildfire should be included among the list of potential threats to the survival of plant and animal species.

Millions of acres of federal forests are set aside as critical habitat for the Northern Spotted Owl, where timber harvests and mechanical thinning are often restricted. Yet this year’s fires have pushed the species closer to the “extinction vortex.” This year’s fires burned over 560 square miles of suitable nesting and roosting spotted owl habitat in Oregon. Of that, over 300 square miles are no longer considered viable for the birds, according to U.S. Forest Service data.

The Good News: There are solutions and we’re making progress
As John Bailey of Oregon State University correctly points out, wildfires are as inevitable as any natural disaster. “But that does not mean we have to suffer the consequences the way we do now.”

Fire behavior is fundamentally regulated by topography, weather and fuels. Of these three factors, fuels are the only thing we can manipulate to change fire behavior and reduce wildfire risk. “Fuel management is not a huge, mysterious challenge. Our ancestors managed their landscapes very effectively to get the things they needed and reduce risk to their communities and lands,” Dr. Bailey wrote in an October op-ed.

Our current system of federal land management continues to make large-scale fuels reduction difficult, but policies are slowly catching up. A couple years ago, we asked you to support proposed changes to U.S. Forest Service rules under the National Environmental Policy Act to allow the agency to move more quickly to improve forest health. Your help made a difference.

Last month the agency issued its final NEPA rule, capping a nearly three-year process by career agency staff to update and streamline environmental analysis and decision-making procedures. The new rule accomplishes several things, including a new tool they can use to expedite forest restoration projects up to 2,800 acres. You can read more here. While more reforms are necessary, this is one more step toward healthier national forests.

Scientists and researchers are also gaining a better understanding of how forest management, fuels reduction and wood utilization can help address the impacts of climate change (see briefs below). A range of effective active forest management tools, including timber harvesting, thinning and controlled burns, can be used to help forests better adapt to changing climate conditions. Responsibly managed forests also help to increase the net carbon dioxide absorption by reducing the risk of mortality caused by catastrophic fire, disease and insects that increase carbon emissions.

Progress often seems slow, especially as we lose more forests to devastating wildfires, but it’s increasingly clear to policymakers that the current “hands-off” approach to forest management needs to change.

Severe fires are taking a toll on our forests, wildlife