Locking up forests for carbon storage not so clear cut 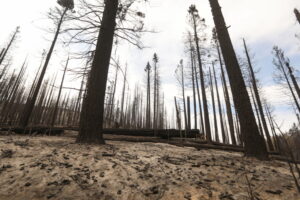 Of the 193 million acres of National Forest System (NFS) lands, less than half (45 percent) are unreserved and available for forest management and timber harvest. The rest are either permanently set aside as Congressionally-designated wilderness areas or national monuments or are “inventoried roadless areas” where management is prohibitive.

For a coalition of anti-forestry groups, that 45 percent is too much. They are pressuring the Biden Administration to effectively ban logging on NFS lands under the guise of protecting “old and mature forests” even though there are not any universally or scientifically-accepted definitions of what “old” or “mature” trees are.

According to the coalition’s web site, these forests are “essential to removing climate pollution and storing carbon, safeguarding wildlife, and providing clean drinking water for our communities.” Considering that more than half of NFS lands is already off-limits, would simply “letting trees grow” truly achieve that vision?

Forests are dynamic, not static, ecosystems. Such a policy means we would walk away from our national forests and hope insects, disease, mortality, and catastrophic wildfires don’t destroy the resources, wildlife, and communities we’re trying to protect.

We’ve already seen the results of what happens when we don’t manage our forests. Between 1962 and 2016, timber harvest has decreased 80 percent, while net growth has decreased 55 percent, and tree mortality has increased more than 223 percent! 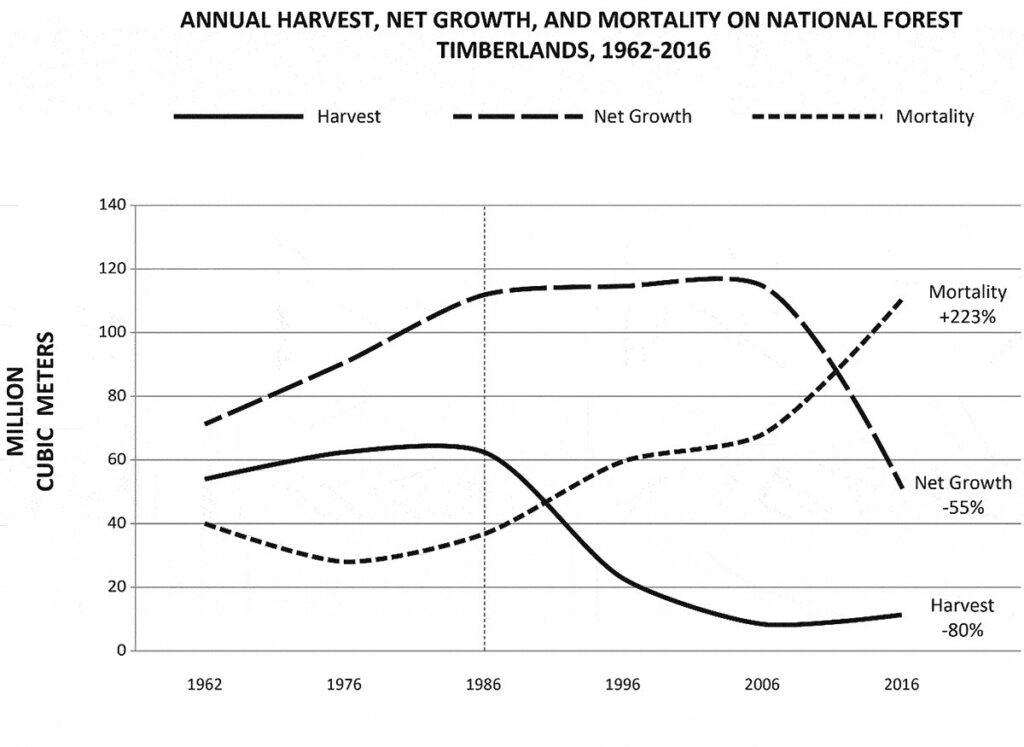 California has lost 1.1 million metric tons of stored carbon to drought, wildfires and invasive pests between 2018 and 2019 alone. Researchers at UC Berkeley found that current climate projections will require a significant reduction in tree density for forests to be considered “resilient” to intense disturbances such as droughts and wildfires. They say California may need to revise its forest carbon policy because forests in the future will likely not serve as major carbon sinks without intervention.When it comes to climate change, researchers are finding that simply walking away from the forest is not so clear cut.

“It would take more stewardship, more prescribed burning, more proactive mechanical restoration treatments, and more managed wildfire in remote areas to keep fuel hazards down and maintain the ability of those forests to survive wildfire and other processes,” said Scott Stephens, professor of fire science. “But without intervention and maintenance, we will continue to experience terrible wildfires and their impacts.”

Simply letting trees grow may not help wildlife either. Researchers at the University of Vermont recently found that managing only for mature stands of trees fails to provide critical habitat for sensitive wildlife species. They call for a mosaic of diverse forest habitats, or patchwork, as a way of creating a resilient landscape that is better adapted to climate change.

“Wildlife that require early successional habitats in the Northeast include nearly 90 different kinds of birds, mammals, reptiles, and insects, many of which are ‘species of greatest conservation need,'” said Jim Oehler, Wildlife Habitat Program supervisor for New Hampshire’s Fish and Game Department. “Strategic, carefully planned and carried out forest management is critical to restoring and maintaining healthy populations of these species, particularly in light of climate change.”

This, in combination with a mix of wildlife habitat across the landscape, would compensate for the trade-off of not pursuing maximum carbon storage, these researchers say.

There is also science to suggest that although large trees sequester carbon at a faster rate than small trees on an individual basis, their contribution to carbon sequestration rates is smaller on an area basis.  In other words, an acre of young, fast-growing trees is capable of sequestering more carbon than an acre of old, slow-growing trees in any given timeframe.

Given the science, if the solution to climate change is to maximize the carbon sequestration capacity of our nation’s forests, we should pursue policies that encourage the sustainable harvest of trees, the storage of their carbon in wood products, and the replanting of young trees in their place.

We don’t have to stand by as tree mortality, wildfires and carbon emissions increase.  Rather than setting aside more public land from forest management, a better option is to maintain the cycle of forestry- the continuous planting, growing and harvesting- that results in net zero carbon emissions and discourages the conversion of forests to non-forests.

Locking up forests for carbon storage not so clear cut