The ecological disaster arrived on time. The disturbance in the natural fire cycle aided by passive forest management – some call it the lack of forest maintenance — triggered a rapid growth of competitive vegetative mass in the terrestrial story.

The very act of Passive Forest Management (PFM) or hands-off forestry or lack of forest maintenance – whatever phrase you wish to use — diminished the capacity of annual precipitation to meet the demands of competitive vegetative mass above and below ground and the forest declined, becoming susceptible to beetle kill, disease, and brownout. Nature will correct this imbalance by wildfires. Wildfires do not respect boundaries or ownership. The forest is fluid; however well documented and legally defended there are no lines.

The roots are the engine that drives the forest. However, there is a major hydrological imbalance below ground in a “duel for life” to secure annual moisture to sustain the burgeoning terrestrial story. 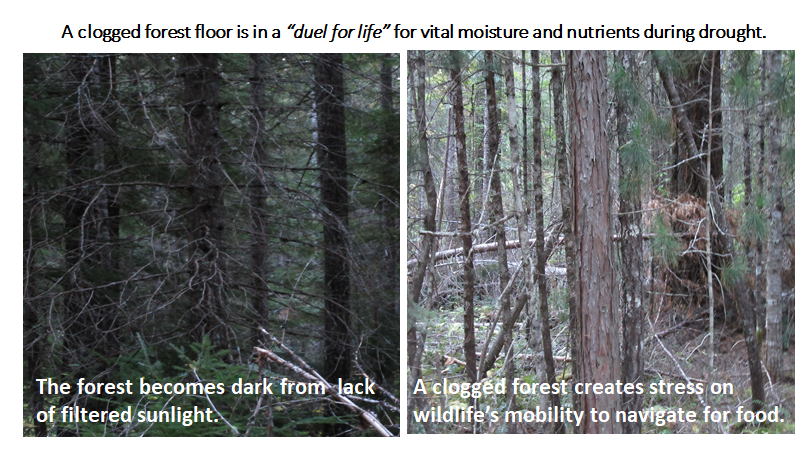 The hydrological imbalance in the soil profiles was caused by competitive vegetative mass in the terrestrial story. At the same time, below ground, the root systems vied for limited moisture (too many roots) to deliver to the photosynthesis demands above ground (too many trees). Even annual moisture cannot fully meet the terrestrial demands. Maximum sequestration is marginalized. The forest went into a seasonally calculated stress with each cumulative year. The final blow was the December 2019 deficit in precipitation in Southern Oregon followed by months of lows in precipitation in the winter and spring of 2020. The forest did not properly go into dormancy for winter. Please view Mega Drought Southern Oregon 2020 (MDSO2020) of Rogue River-Siskiyou National Forest showing lake and reservoir levels in May 2020 indicating the deficit in snow budget. 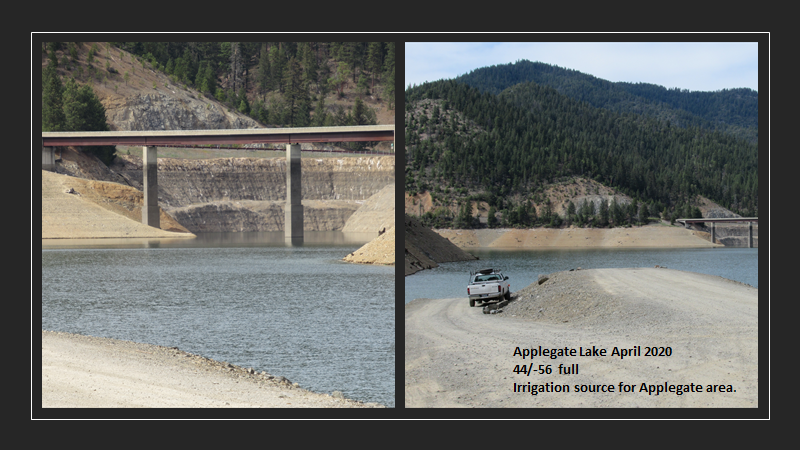 A tree becomes a forest of trees. The healthy softwood tree, for example, the Douglas-fir, contains three times as much biomass as the same Douglas-fir tree standing dead. The resilient tree equates to three times as much sequestration of CO2. In concept, three times more photosynthesis while sequestering carbon as biomass and releasing three times more oxygen into the atmosphere, which in turns cools the forest floor, while reducing loss of moisture in the soil profiles. Consider, about one fourth or more of the tree’s biomass is below ground, sequestering CO2 as well.

The stress in forest health can be measured by the volume. Measuring a forest section’s loss of sequestration annually could be calculated (by volume) as a percentage of loss against the maximum sequestration potential of a similar healthy forest as comparison. Then calculate the total loss each year, producing a model based on factual loss of sequestration by existing applied passive forest management as a major contribution to climate change. For instance, if a Douglas-fir tree with a height of 100 feet (not including root ball) declines 33.3 percent in health over a few years that tree loses 33.3 percent of a maximum capacity of 100 percent or a 1/3 of its potential. This percentage increases each year. The sum is compounded yearly showing the magnitude of biomass loss as the forest fell into decline and can be measured by a section of forest to show values of percentage loss then multiplied by how many acres it represents in a section.

Subsequently, equivalent loss of photosynthesis and production of oxygen can be determined with the same percentage as the loss of sequestration. The decline is calculable and clearly verified detrimental to the health of the forest as annual vegetative mass increases competition for limited moisture. This sum then could be calculated by sections and so on and so forth, showing Southern Oregon forest fell into decline from decades of competitive vegetative buildup by lack of forest management, which is management by nature. This caused the decline of our resilient forest many remember.

To my knowledge no models were run before PFM was applied on the massive vegetative fuel load buildup or the consequences that this mass disrupted the hydrological cycles ability to deliver moisture. This biotic machine’s (the forest) maximum performance to produce oxygen and sequester carbon was thwarted. The terrestrial demands increased for annual moisture each year, which are and will continue to be insufficient. This constant disturbance in the hydrological cycle affected the atmosphere of the forest floor causing dehydration and loss of resiliency. The cycle is constantly in a downward progression.

Below ground, mycelia could not support the relationship during drought years in exchange for nutrients and moisture, as the trees were unable to supply the mycorrhizal colony with needed carbohydrates to broker the exchange. The mycelia’s health declined, and the soil profiles dried out as seasons extended into severe droughts.

This hydrological disturbance in turn affects the atmospheric change in weather cycles, creating weather extremes as the sink of sequestration declines: the forest floor warms, and brownout becomes the available fuel to correct the imbalance by devastating wildfires. The fire suppression of the last 30 years created rapid access to the forest canopies resulting in crown fires once rare. This was caused by neglect of forest maintenance when policies limited access to manage the forest in a timely manner and funds were never adequate at a scale to meet the pace of decline. These wildfires will create extremes in climate behavior and cloud forcing, which in turn consumes moisture and is in fact detrimental to the health of the Animal Kingdom, including man. 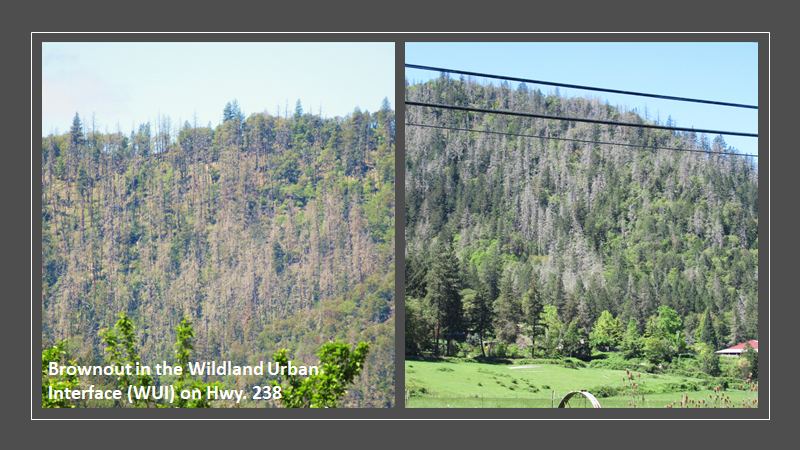 [Let there be no doubt, especially in the west, the magnitude of the wildfires we are seeing is due to three primary factors. At the top of the list is the lack of forest maintenance and the impacts of a changing climate. Then, the functions of an expanding wildland-urban interface.

The lack of forest maintenance at a pace and scale that makes a difference has to be considered a dominant concern: at least 8 million acres on the National Forests and 20 million acres annually on all lands. And, this pace and scale cannot be achieved without more funds – minimally,$2.2 billion annually for the Forest Service alone. Recent estimates suggest $3.6 billion annually for at least 5-7 years until the effects of expanded forest maintenance begin to accumulate and unplanned fires become less destructive.]

The current fires have taken a lot away from us, but the burns of 2020 have accomplished some preparation of the forest floor for planting. But the window to act is short. Topsoil is a mineral and a valuable commodity that cannot be replaced in our time. We must save it or lose it. It took millennia to produce the duff/humus in the strata of our soil profiles to create the forest of the Pacific Northwest. It took a short period of time to mess up the hydrological cycle in the soil profiles.

Regeneration is the key; however, the noxious and invasive species will grow quickly if we do not introduce the select seed to hold the topsoil run-off that will occur, until it can be reforested with proper attention to species selection.

The wildfires are doing some work for us in cleaning up the forest that leaders over the last 30 years refused to address; however, adverse uncontrolled side effects of topsoil degradation of immense proportions is the price we will pay for negligence should we not act immediately starting with the preservation of watersheds. There is more to lose here than a few fish, an entire system is at stake.

I end with what my colleague M.T. Rains said:

This is the greatest landscape conservation issue of our time.